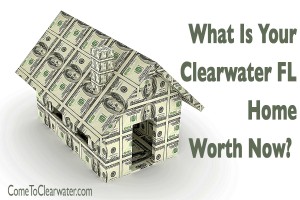 market is rebounding nicely. Values aren’t where they were during the height of the 2005-2006 market, but sellers that were underwater are finally seeing some relief.

2013 was a good home sales year. The Tampa area had over 35,000 sales which is back to pre-bubble sales numbers. Values haven’t reached that level, however, but for over 100,000 homes in the area, their values are now at least above water for the first time in 6 years. That’s good news for homeowners. Some are asking if that means things are getting back to normal, and the answer is yes, but a new normal.

The economy is hardly in great shape. It is continuing its snail’s pace creep and mortgage rates are rising. The Tampa area still has one of the highest foreclosure rates in the nation. That doesn’t mean that as many are going into foreclosure, and lenders are starting to make it easier to get mortgages, especially for builders and developers who are slowly coming back into the area. Plus restrictions on people who have had past foreclosures on their records are also loosening up. That’s good news.

Keep in mind that the economy is still recovering slowly and that means that Clearwater is still a long way away from pre-bubble values. But a slow growth is ultimately better for everyone since it means that the over inflated values that caused the burst won’t happen again, or at least for a long time to come. Lower values, that are closer to what they always should have been, mean that more people can afford to join the ranks of homeowners. And that’s good for everyone, the local economy and our communities.