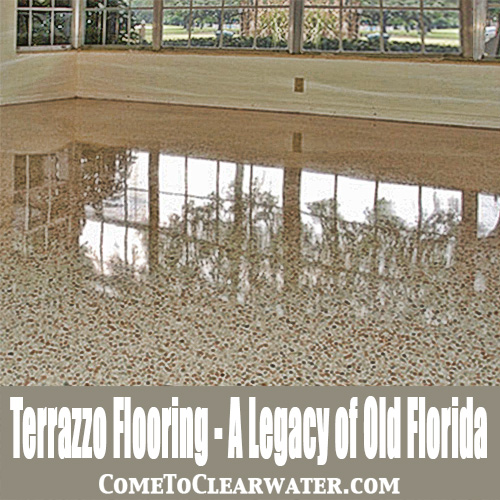 You have a home in Tampa Bay and you want to sell it. Maybe you owe a lot on it, or you have another house in mind to buy and need a certain amount from the sale. So, of course, you want to know what is your home worth or what can you sell it for. That number depends on a few things like location, condition and staging, and here are some tips to get the most from your sale. 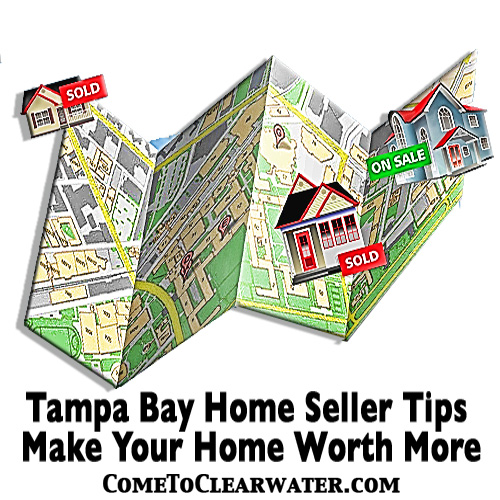 The first factor is location. Where is your home located? What are other homes in the area selling for? Are they similar to yours? Are homes taking a long time to sell? Are there jobs, high crime or other negatives? If the home is well kept, in a nice area with access to transportation, good schools and good jobs, it will sell for more money. If the home has acreage and similar homes are selling well, you’ll do better.

The next two factors are tied to each other. Your home’s condition and staging are also very important in determining price. If your home is well maintained and has been updated, it will sell for a higher price. Buyers don’t want to have to move in and immediately improve. So make major repairs, repaint in a neutral color scheme. It makes it easier for the buyer to see it as their home, not yours. Then clean it and stage it. Move everything and clean behind and under appliances and furniture. Declutter and depersonalize it. Remove excess furniture and make rooms look spacious. Make sure each room has adequate lighting.

The best thing you can do is rely on your Realtor to tell you what needs to be done, and what your home is realistically worth. She knows value and how to improve it. Listen, fix, clean and stage and then take your check to the bank!

Want an honest opinion of what you need to do to get your Tampa Bay home “show ready”? Give Deb a call today!

The pot of gold at the end of the rainbow is getting your home sold. It’s the reward for hard work and patience. Here are some tips to get to that pot of gold more quickly. 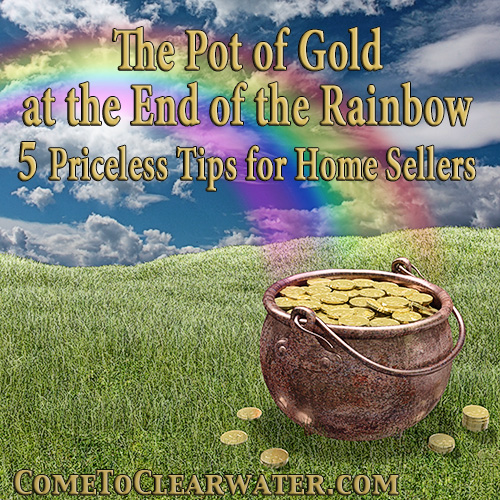 Pricing your home. This is actually the most important step. If you price it too high then prospective buyers who can afford your home won’t see it. Price it too low and you’re cheating yourself. An average home buyer will look at anywhere from 15 to 20 homes and your home needs to come out on top. If it’s priced too high, it’s being compared to homes with higher end finishes and amenities. How can it possibly compare? Then it will sit on the market, making buyers wonder what is wrong with it. That won’t give you the pot of gold! Home sellers make their biggest mistakes in pricing their home.

Hire a Realtor: When looking for a good Realtor, you need to find one with a great track record, but also one that has good communication skills. A good track record will tell you they have the knowledge and skills to sell your home. Communication is one of those skills that are a make or break it. Make sure that everyone understands the communication expectations from the beginning. You also need a Realtor instead of selling yourself. A Realtor knows how to price, market and sell your home, lead you through the entire process and get you more than you could without one, even when paying their commission. That pot of gold is closer now!

Clean and stage your home: Appearance and first impressions are a crucial element in any home sale. Make updates if you can afford to do so, clean the home from top to bottom, and pack up all your extras. Make your home look bigger, spotless and plenty of shine. Make sure you have it smelling good too. If you move to your new home before selling the old one, don’t leave the home vacant. Vacant homes are more difficult to sell and can cost you money during negotiations. Home sellers sometimes don’t understand the value of having a clean and staged home. Listen to your Realtor, they will guide you about what needs to be done.

Be smart when selling your home and quickly find your pot of gold.

How much is your home worth? Well, that depends on how you look at it. There are three ways to do that: market value; replacement value; and property tax value. There’s a substantial difference in these values, but each affects the other. 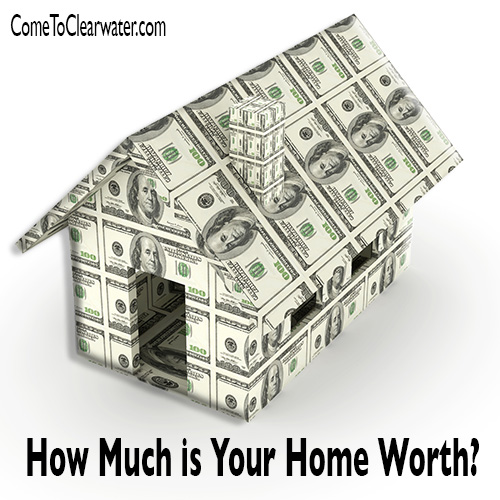 Market value: Market value is the value that homeowners are most interested in. It’s the amount homes sell for in your area. It is partially determined by what other homes that are similar to yours sold for. Market value isn’t based on what you paid to do certain kinds of improvements, such as finishing your basement, update your bathroom or kitchen, etc. These improvements add to the value, but that value isn’t determined by how much they cost. The market value will tell you what you could get if you sold your home, and how much you would actually receive, or its equity. The best way to determine the market value is to have a realtor tour your home and assess its value.

Property tax value: This is the value that state, county and/or municipal governments use to figure out how much you will pay in real estate taxes on your home. These values are often similar to market values, but not always. There can be differences either higher or lower due to outdated assessments or mistakes made by those assessing the property tax values. Property tax values are also based on improvements to your home.

Replacement value as well as property tax value is important. Don’t just worry about market value, even if your aim is to sell.

Should I be buying a home or renting? Many people ask themselves this question everyday. For some, it depends on their lifestyle, but generally, for many buying a home becomes the better answer to the question. In order to help you figure out that answer for yourself, let’s look at this is from why people do each: buying a home and renting. 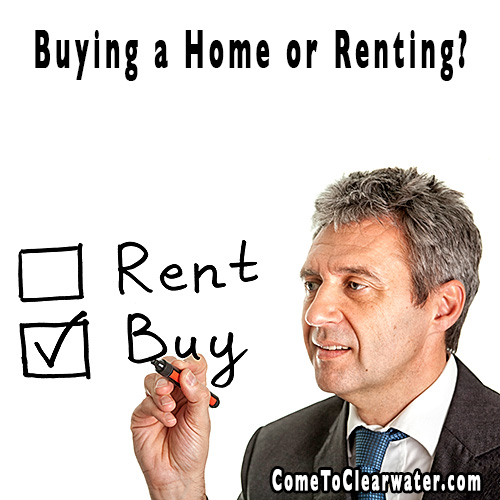 Renting: Do you know you will have the same job over the next few years? Are you planning on staying in the area or moving? Can you find somewhere to rent that is less expensive than a mortgage payment? Do you prefer to let someone else do maintenance on your living space and have to wait for that maintenance appointment to be made by another person? Renting can be a plus. Generally there are lower up-front costs and more flexibility to move if necessary. The problem with renting, though, is you have no control over rent increases, your living space style, and you aren’t building any equity in the real estate property for you, and the landlord makes the rules.

Buying: Are you planning on staying in the area you live in for more than a few years? Do you want to build a real estate investment? Do you want to be in control of your living space – changing paint or even where walls are, planning maintenance appointments on your schedule? Do you need tax deductions? When you buy, you own the property and all the equity it has. That means you can borrow against that equity to improve the property. It’s yours so you can make any changes to it that appeal to your own personal sense of style. Ownership also gives you tax deductions against your income tax burden for both mortgage interest and your real estate taxes. That is a huge savings. Although the economy is taking a long time to improve, in some areas real estate is again gaining value instead of losing value.

You have to make the decision for yourself, but in the long run, buying a home is much better than renting a home.